In general, inductors are inductive passive components, which are mainly used in the field of power supply of electrical and electronic equipment or systems and in power electronics.

They are coils that are used for attenuation, RFI, commutation, current limitation, rejection of unwanted frequencies or for energy storage.

Chokes consist of at least one winding of a conductor, through which the full load current of the circuit flows, with windings, which are often wound on a bobbin and are usually provided with a soft magnetic core.

The winding arrangement, its design, the winding and core material determine the value of the inductance and other characteristics of the choke.

Our product portfolio includes, in addition to extensive custom-made products, which are calculated on the specific customer requirements, a standard delivery program of:

The system is used in the field of converter technology or power electronics for the following types of reactor:

In addition, our system can also be executed for all other chokes in the area. These include:

Through the combination of boost choke, line choke or choke and the necessary capacitors, we also offer complete choke filter assemblies (LCL filters) up to 750 kW in the field of regenerative energies, shipping industrie, hybrid Systems and power quality.

In combination with the Schmidbauer filter choke concept, the converters for solar systems, rail applications, regenerative drive concepts and wind turbines can be a space-saving solution thanks to their compact design with low iron losses and aluminum losses or copper losses and their high level of European efficiency.

The overall profitability of the Schmidbauer LCL filters with filter choke, condenser and mains choke or choke with the customer’s converter is always in the foreground here, explains Reichl Dominik, Managing Director of Schmidbauer Transformatoren.

In the shipping industrie, the required approvals are co-sponsored by our development department until delivery.

The Schmidbauer world of chokes with potential-free liquid cooling 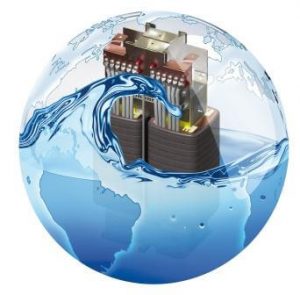 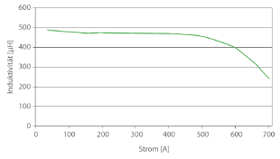 The existing figure clearly shows the linear inductance curve and the saturation point as a function of the current of a Schmidbauer choke, which was constructed according to the Greencore system.


The Schmidbauer Green Core System was developed to reduce network perturbations in the field of power quality for commutating converters. It is suitable for both single-phase and three-phase applications.